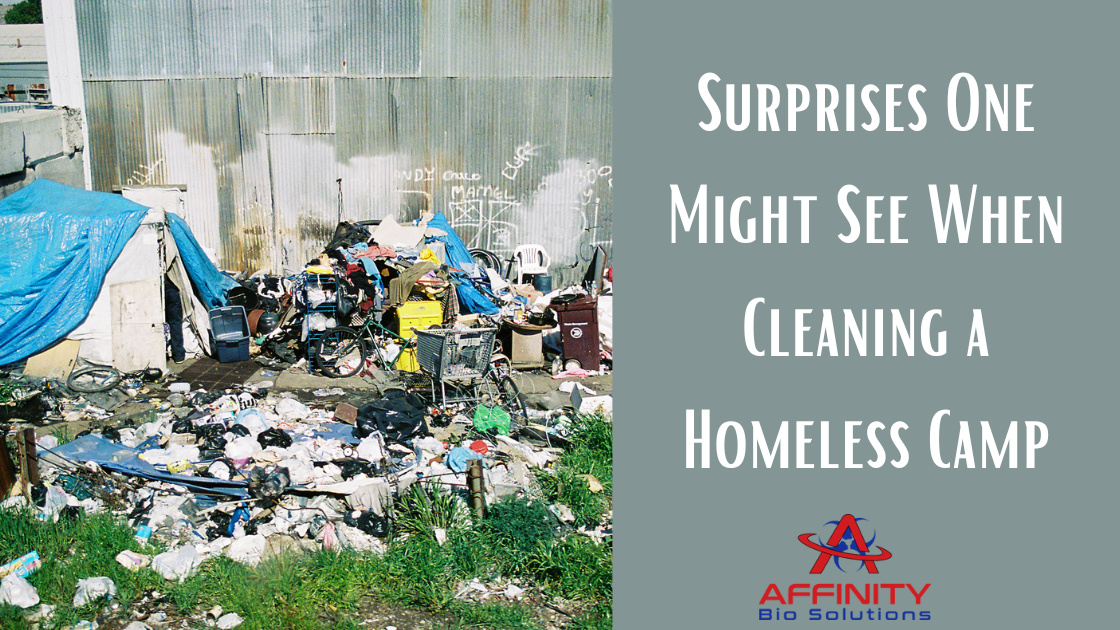 The people in homeless camps may have the same diseases as the public, but the infection rate is much higher and more dangerous. The infection strength is due to a lack of sanitation. Living in a homeless camp is difficult because of the population, lack of social amenities, poor nutrition, and other complications resulting in terrible illnesses that could be avoided outside the camp. People living in homeless camps have no access to water or toilet facilities leading to bucket waste which spreads serious diseases. Diseases spread rapidly in the camp as there is no water to take a proper bath or wash hands. Homeless people are defenseless against diseases like Covid-19 because of unsanitary conditions. The congestion in such camps is also an excuse for different viruses that can reach other camps and the public. Other diseases like typhus, Diphtheria, tuberculosis, influenza, etc., can become deadly to cleaners with no proper medication. They can further lead to death.

Needles and Drug Use

Homeless camps are places where intravenous drug use occurs the most. Homeless camps are where drug addicts share needles with other homeless people. These people inject themselves with the same needles and injections because getting a new one for every injection is difficult. The occasion of sharing needles can quickly spread diseases like HIV/AIDS, hepatitis B and C, and more. The rate at which diseases are spread makes the government enact a clean needle program to help fight them. The scheme helps drug users exchange their old needles for new needles at clean locations. The scheme is to reduce the sharing of needles to lessen the spread of diseases. Some hospitals and clinics offer biohazard and sharps containers for homeless people to dispose of used needles. However, most needles do not get adequate disposal, leaving them on the ground. People can’t tell if the needle is infected when seen in public landfills. The only approved and proper way to dispose of syringes is by incineration.

Homeless camps are a place for other dangerous bodily fluids. Generally, homeless camps experience physical violence, injury, and sometimes death. This bodily fluid contains blood, a severe biohazard that professionals should handle. In addition, a homeless camp has many bodily fluids like urine, vomit, semen, and feces. These people do not have toilets for such waste, and even if they do, they put it in a bucket or container due to a lack of plumbing or water. As a result, the camp items are often covered in feces, vomit, or urine. The proper way to dispose of these items is to throw them away. Handling a homeless camp is exposing yourself to bodily fluids.