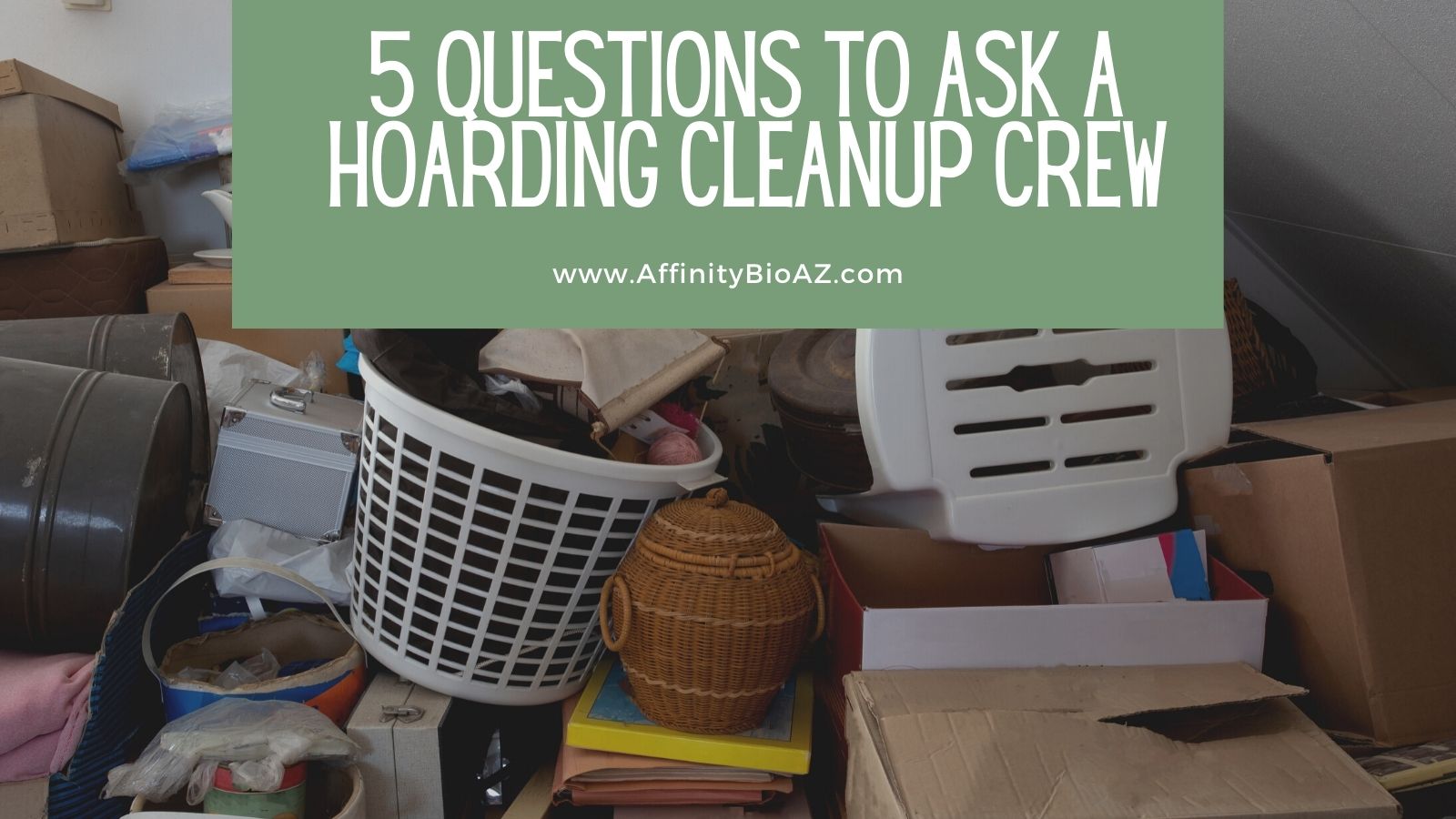 If you consider the hoarding scenarios on TV, hoarding and the cleanups that follow do seem like fiction. However, there are people who actually do the cleanups in real life. Hence, the idea that hoarding scenes are fictitious might not be entirely correct — Not until you ask a person who truly faces it.

People really do keep a lot of unbelievable things in their homes but rather than burst your bubble so early, we usher you to the 5 likely queries that could be bugging your mind. Here are 5 important questions you might want to ask a hoarding cleanup crew, and the likely answer that you would get from them.

Cluttered spaces can be made up of anything. One of the major problems with cluttered spaces in need of hoarding is that there is a restriction of movement. The spaces are also deprived of their major function as a result. Imagine a bathroom where you can not have a bath in or a dining area that js absolutely inaccessible. While these scenarios seem unthinkable for some people, they are actually in existence.

2.     How can space get cluttered so that it needs hoarding?

Apparently, the build-up of items in the house. This is how it might occur; if a person loves collecting things, over a long period of time those collected items can pile up and make living spaces almost inhabitable. Also, the mental health of a person so that they hold on to things beyond normal can cause spaces to become unusable.

Simply holding on to things they don’t need. Everyone has the tendency to not want to throw away things. However, it shouldn’t get to the extent of needing a hoarding cleanup in normal circumstances. If the stocking of items does not lead to malfunction of living spaces it is not called hoarding.

4.    Are there any difficulties with Cleaning up, if any, what are they?

Typically, cleaning up is not a big deal for a hoarding cleanup crew.  It is their job and they enjoy it. And the idea behind this is not far-fetched. The environment is in jeopardy and their passion is putting such places aright. However, the only sort of difficulty they might face in executing their tasks is with a hoarder who doesn’t want the help.

5.     Media can be deceiving, the extent of clutter on TV, are they real?

Truly the media is known for its exaggeration of many issues and blowing situations out of proportion. The extent of clutter on TV is not a show of faux. What you must have seen is real especially with people who have intellectual disabilities. They are the ones who usually create the worst situations of hoarding.

Apparently, hoarding doesn’t become a thing until it hinders the primary function of living spaces within a built environment. Cleanup crews love their job, and it can only take a defiant hoarder to stop them from doing their job. Also, little drops of water make a mighty ocean; needing hoarding doesn’t happen in a flash. We hope these questions resonate with your queries about hoarding and hoarding cleanups.