Hoarding Disorder is serious. Families dealing with a loved one suffering from hoarding disorder can go through alot of stress and grief dealing the hoarder house situation. 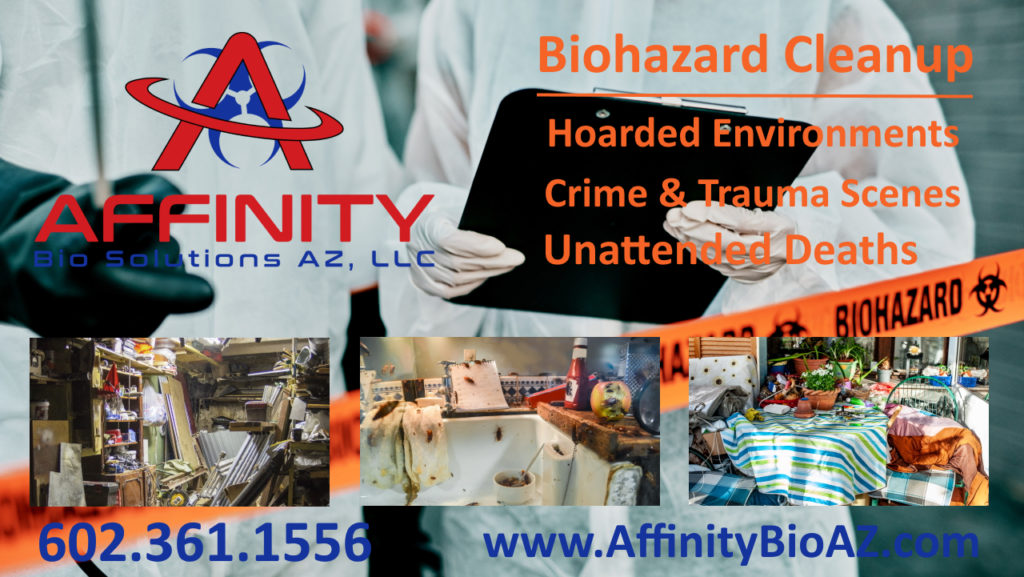 Often there are biohazards present in the hoarded home, from piled up garbage and pet urine throughout the home.

If you have a loved one or friend suffering from hoarding disorder give us a call. We have seen it all, and he can point you in the right direction to get your loved one the help they need and at the same time we can provide a complete biohazard cleanup and odor removal service of the hoarder home. We will even deal with the insurance company for you so you can focus on taking care of your family member and help them transition to a better, healthier living conditions.

In this most recent hoarder home cleanup situation in Phoenix Affinity Bio Solutions was called in to assess and cleanup the home and get it ready for a contractor to remodel. The home had over 40 cats living in it. We describe the hoarder home biohazard cleanup below, and this video is a demo of the odor removal thermo fogger we used in addition to air scrubbers and ozone generators to remove the awful smell from years of cat urine and excrement build up.

The two story, three bedroom, three bath is hoarded with general trash/clutter, gross filth, animal waste and urine. The home had 40 cats in it recently and once the family intervened, animal control has been slowly getting them relocated. There is a significant odor in the home that has permeated the contents and structure, there is significant insect activity, the yard is hoarded, garage is completely full, and general housekeeping has been neglected for some time.
The owner has some difficulties living alone and would like to go into assisted living/senior living, but is having difficulty affording it. There is significant equity in the home, which could pay for the move, but he is unable to sell the home in its current state and cannot afford the price of hoarding cleanup or necessary repairs.
We offered to purchase the home from the client and include the cost of the hoarding remediation in the proceeds from the sale to us. The home would then be renovated by us or sold to an investor after a hoarding and odor remediation.
The first step was to remove the excessive clutter from the home after identifying items to be kept by the owner. The crew was required to wear personal protective equipment, air scrubbing was carried out to maintain safety, and 40-yard dumpsters were brought in for the process. Removing all unwanted items and general trash took 8 days and five dumpsters.
Then started the cleaning process. Additional air scrubbers were brought in to filter the air and create a negative air environment. All areas were swept then Hepa vacuumed, all walls were Hepa vacuumed and washed. Carpet was removed from the stairs, closets, and second bedroom. Ultra-low volume fogging was carried out to help reduce potential contaminants on surfaces and in the air. The bathrooms and kitchen were cleaned.
It was necessary to remove the tile flooring in the master and second bathroom as the cat urine and feces had penetrated the grout. The same was needed for the wood flooring throughout the home as the animal urine was through to the padding and sub floor. Without removing the flooring, it would be impossible to treat the sub floor and remove the odor.
High temperature steam was applied to the wooden stairs, which were completely saturated. We then placed a specialized product on the stairs and sealed them with plastic sheeting, this process allows the chemical to pull the urine out of the wood. This process was repeated two additional times. The wood subfloor upstairs was treated in the same way in many areas. The concrete subfloor downstairs was treated with enzymes, disinfectant, and extraction before an odor counteractant chemical for cat urine was applied. Walls were washed again with a counteractant for pet urine in all areas. A similar process was used on all built in cabinetry in the home, but with different chemicals/enzyme products.
Ozone generation was performed each evening when no work was being done. The entire home was thermal fogged using the Thermogen VF unit and a counteractant before any primer is applied. A specialized primer was applied to the walls, ceilings, stairs, and subfloors, this specialized primer is often used in fire restoration and is able to flex during temperature/humidity changes, which often causes issues with odor returning. A final thermal fog was carried out on the last day once we were happy the odor was removed, this cleaning/odor removal process took an additional four days.
The kitchen cabinetry would normally be removed, but there were several investors interested in renovating and selling the home, and suggested they would do this themselves. Once completed, the property took one day to sell, the investor was happy there was no odor, and the client was able to take a significant profit and move onto assisted living. 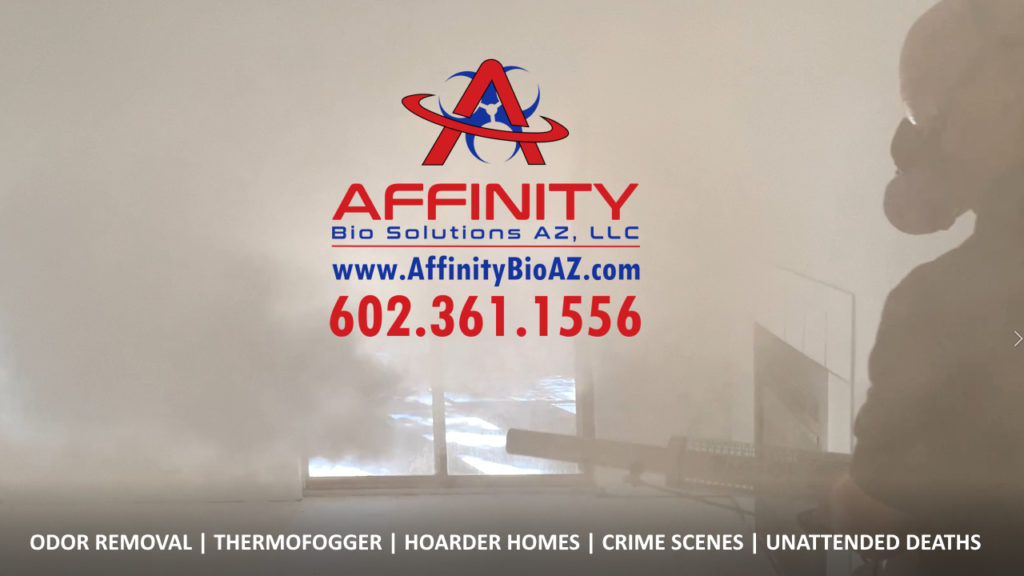 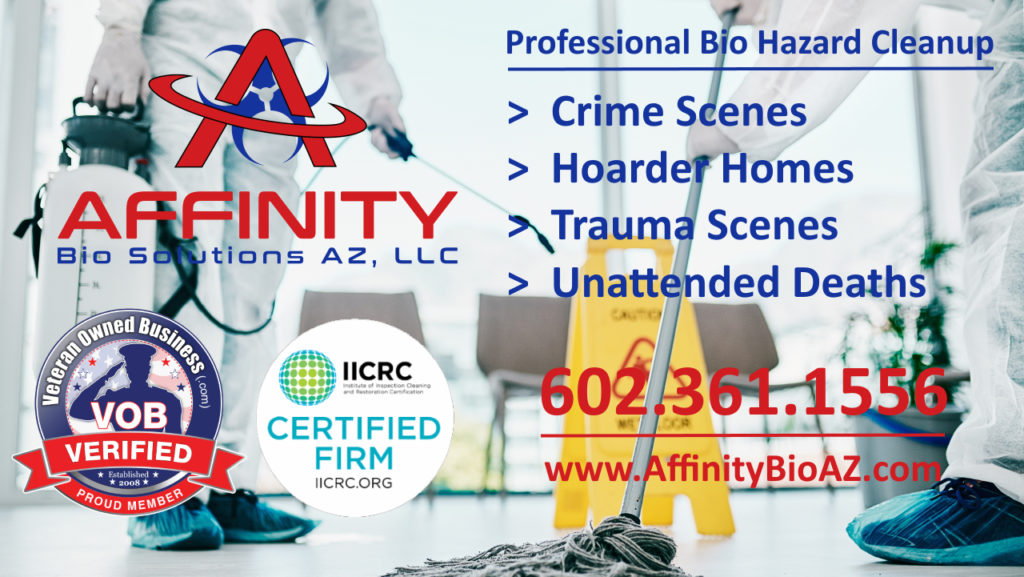