What happens to a dead body after 3 days 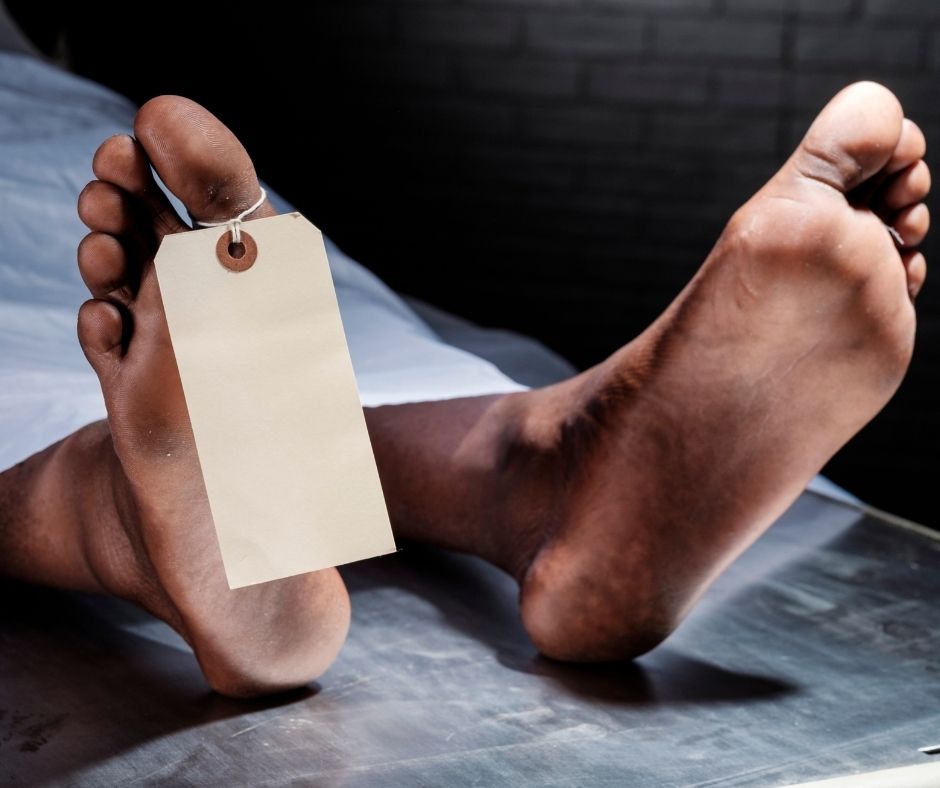 According to studies, human decomposition begins to take place four minutes after death and involves four stages which are autolysis, bloat, active decay, and skeletonization. These stages have a set amount of time before the next stage begins.

The first stage happens as soon as the person dies. The lack of blood circulation and respiration causes the body to self-digest in a process called autolysis. Autolysis happens as there is a lack of oxygen in the body and its inability to remove waste. The body is affected by excess carbon dioxide, which results in an acidic environment, causing the splitting of the cell membranes. The enzymes released by their membranes start to digest the cells from the inside out.

Rigorous muscle tissue is thinned by rigor mortis, which causes small blisters. These blisters are rich in the nutrient fluid which begins to show in the internal organs and face of the skin. The blisters will cause the skin to look polished while the top layer will begin to peel off.

Many gases are formed from the first stage by leaked enzymes. The result is skin discoloration, which is caused by the sulfur gas, which is a composite of bacteria. These gases will increase the mass of the dead body, inviting many insect activities.

Putrefaction is caused by microorganisms and bacteria, which emit an unpleasant odor.This odor can have a long-lasting effect on the scene and is used to predict where a person died.

The microorganisms and bacteria produce extremely unpleasant odors called putrefaction. These odors often alert others that a person has died, and can linger long after a body has been removed.

Active decay begins to occur as the orifices begin to discharge fluids. The process melts the organs, skin and muscles. This stage causes the body to reduce in size as the body’s soft tissue begins to decompose, leaving the hair, bones, cartilage, and other by-products of decay.

What is Virucidal Disinfectant

Who Cleans Up After Dead Bodies

Who Pays for Crime Scene Cleanup

Trauma Scene Clean-Up – How to Know When You Need It

How to Clean a Dead Body