What is an unattended death? How to clean up? What to do 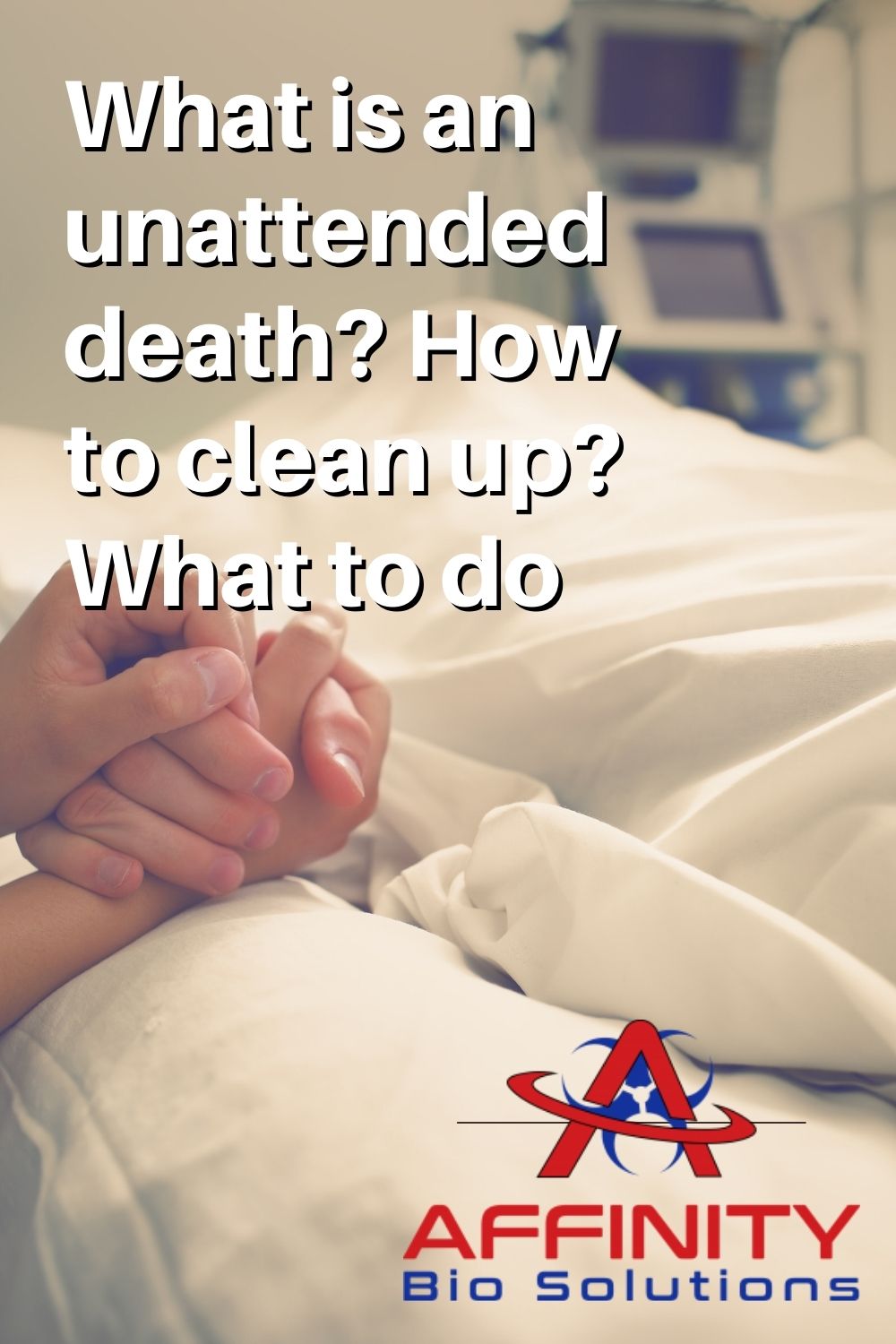 What is an Unattended Death?

An unattended death is one that occurred with no one around to dial the emergency number. This incident can lead to days, weeks, and even months before the body is discovered.

The common types of unattended deaths include:

What To Do If You Discover an Unattended Death

You may be tempted to go close or touch the unattended death especially in the case of a loved one or family member. It is best to stay as far as possible to prevent being exposed to poisonous biohazardous substances. You can conveniently grieve the loss at a later time.

How To Clean up Unattended Death

As an individual, you lack the basic skills for performing this task. You could expose yourself to serious health issues by trying to clean up after an unattended death. Finally, you may not have the necessary equipment and chemicals for performing such a task. In the case of a loved one, this experience can lead to traumatic grief which is an unhealthy way to recover from such an event. Some people may also experience post-traumatic stress disorder or PTSD after such uncovering. You should consult the help of a professional who is skilled in containing unattended death.

Unattended death involves more than a cleanup but deals with the aftermath associated with such an incident.

Professional take some basic steps in containing biohazardous substances which are;

When unattended death is involved, blood, biological materials, bodily fluids, and other physical items are potentially contaminated. You should put on personal protective gear which includes;

The next step is to sanitize the affected area as there is no certainty that the cleaning process kills harmful bacteria and viruses. The scene will require medical-grade chemicals recommended by a biohazard professional.

The odor emitted by the unattended dead body is difficult to eliminate and can stink for a long time. This will require special commercial-grade chemicals to eliminate the smell.

The final stage is to restore the house to a habitable place. This is essentially for your family’s health. You can also sell your home after making it usable and safe.

What is Virucidal Disinfectant

Who Cleans Up After Dead Bodies

Who Pays for Crime Scene Cleanup

Trauma Scene Clean-Up – How to Know When You Need It

How to Clean a Dead Body

What happens to a body after 3 days?